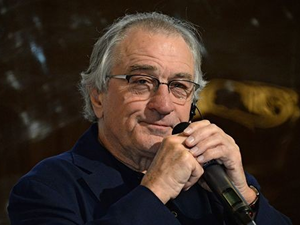 De Niro And Stephen King Starred in an Anti-Russian Video

StateInterstate relationsSurvey research
OREANDA-NEWS.Actor Robert De Niro and writer Stephen king starred in an anti-Russian video in which Russia is accused of "attack on democracy" USA. The corresponding video was published by Now This portal.

In the video, they claim that the Russian side in 2016 allegedly "attacked democracy" of the United States and launched a "massive covert operation" to "help Donald Trump become President."

They refer to the report of the American special Prosecutor Robert Mueller, who found no evidence of collusion between trump and Russia. They accused trump of lying and announced their intention to bring him to justice.
Source: OREANDA-NEWS
Поделиться в соцсетях:
Подписаться на наши группы: Instagram | VK | Facebook | Twitter
Rate this article: