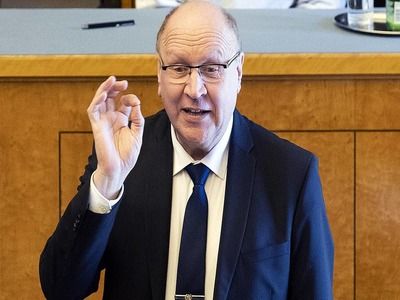 StateTerritorial administrationInterstate relations
OREANDA-NEWS. The head of the Ministry of Internal Affairs of Estonia, the chairman of the Conservative People’s Party (EKRE, KNP), Mart Helme, said that Russia still hasn't returned Estonia 5,2% of the territory.

“There should be no double standards, still 5.2% of the territory of Estonia is in the hands of Russia,” ERR quotes the Estonian television and radio portal as saying to Helme at a press conference on Thursday following a government meeting. “Russia doesn't want us to return either this territory, neither to compensate for it, nor to discuss this issue at all". Helme, who replaces Prime Minister Jüri Ratas during his absence in the country, added that Estonia is ready to wait for the resolution of this issue under international law. “We aren't going to fight with Russia,” he said, without specifying what territory he was talking about.

The embassy of the Russian Federation did not provide an operational comment. As Tass explained the Russian diplomatic source, the territories, which Helme probably speaks of, include Ivangorod, as well as part of the Pechora district. Under the terms of the Treaty of Tartu, concluded between Soviet Russia and Estonia on February 2, 1920, these lands belonged to Estonia, but after Estonia became part of the USSR in 1940, these territories were ceded to the RSFSR. The Russian Foreign Ministry has repeatedly pointed out that the Tartu Peace Treaty was no longer valid after Estonia became part of the USSR.

The Estonian-Russian border line was agreed in 2005 after almost 11 years of negotiations. At the same time, the border treaty was signed, but after it was submitted for ratification in the Estonian parliament, the deputies included in the preamble a reference to the Tartu Peace Treaty. Under these conditions, Moscow withdrew its signature, and the process remained legally incomplete.