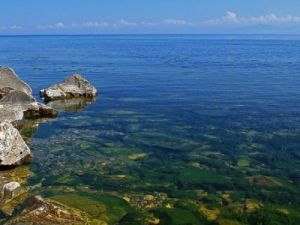 OREANDA-NEWS. In Baikal concentration of microorganisms which emit toxins considerably grew. The director of Limnological institute of the Siberian Branch of the Russian Academy of Sciences Andrey Fedotov reported about it.

Distribution in the lake of an alga of a spirogir became the reason of changes of an ecosystem of Baikal. Changes composition of water and smoke from large wildfires: water is saturated with ammonium.

The reasons of change of a condition of Uderevskaya water – the chairman of ecological association "Baikal Commonwealth", called human activity on the coast. "On a circle of Baikal of 159 settlements, more than one and a half thousand registered camp sites.

And is private which do not appear anywhere. Only 27 treatment facilities are the share of all this quantity. And that, any of them does not work to the right degree.