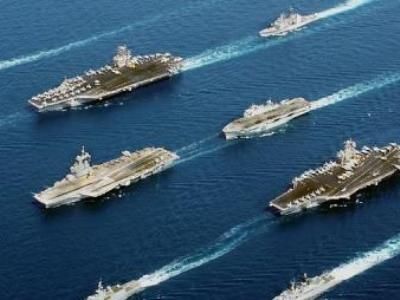 OREANDA-NEWS. Forbes’ columnist Loren Thompson wrote that the United States risks losing a possible military conflict in Eurasia due to the transport fleet.

He noted that in such a case the transfer of troops, machinery and equipment to the battlefield is rather difficult logistical task. According to Thompson, the US Navy is currently using several dozen transport ships, and almost all of them are outdated, only 40 % of all vessels are ready to complete the tasks.

Thompson is sure that “America’s enemies” ​​are well aware of this weakness. “To make matters worse, the Russians have recently stepped up submarine exercises in the Atlantic, suggesting that not all of the sealift ships would make it to their intended destinations in an East-West conflict,” he wrote.

Due to the lack of maritime transport, “the world’s most capable ground forces” may be delivered too late or lose their ability to fight effectively. “To put it bluntly, America could lose a Eurasian war,” Thomson concluded.

He called on Congress to start urgent modernization of military transport ships.