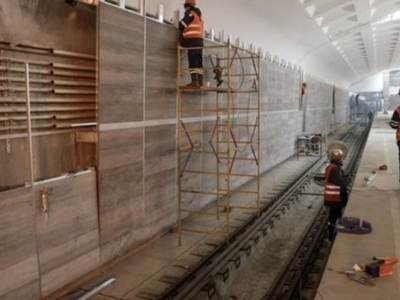 Four New Subway Stations will be Built in Kazan

StateState services to societyTransportUrban transport
OREANDA-NEWS Construction of four stations of the second branch of the subway began in Kazan - “Julius Fuchik St”, “10th Microdistrict”, “100th Anniversary of the TASSR” and “Akademik Sakharov St”. The information was confirmed by the head of Main Investment and Construction Administration of the Republic of Tatarstan Marat Rakhimov.

According to him, the work at the station "100 anniversary of the TASSR" began on Monday.

Now the general designer of the enterprise Tatinvestgrazhdanproekt is developing the documentation for the first section of the second subway line from Fuchika station to Sakharov station and then passing through relevant expert examinations.

Recall that last year the 11th Kazan Metro Station Dubravnaya opened in Kazan. The construction of the last station of the first subway line cost 5.2 billion rubles, it has been waiting for about five years.