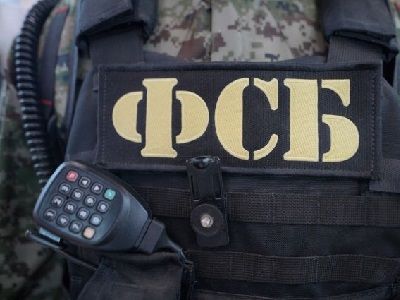 OREANDA-NEWS  Employees of the FSB together with the interior Ministry and Regardie identified in Tatarstan cell banned in Russia international terrorist organization "Islamic state". About this reported in the Center of public relations FSB.

"The Federal security service of the Russian Federation in cooperation with the units of the Ministry of internal Affairs and the Federal service of the national guard troops of the Russian Federation in the framework of a special operation carried out in the Republic of Tatarstan suppressed the activities of a clandestine terrorist cell, the coordination of which was carried out from abroad by the leaders of the international terrorist organization "Islamic state", the FSB reported.

"The members of the group intended to commit on the territory of the Russian Federation the number of high-profile promotions and to join the Syrian militants. To this end, they recruited supporters from among the radical youth and acquired the means of terror," the Ministry said. "In Naberezhnye Chelny at the time of withdrawal of weapons from the cache taken red-handed member of the group, in addition, detained six members, as well as 11 citizens who were under their influence," - told the DSP FSB. During the searches at 18 locations seized firearms and ammunition, paraphernalia ISIS and extremist literature.

As noted in the intelligence service, "the leader of the jihadist community was a resident of the city of Naberezhnye Chelny, previously convicted for propaganda of the international terrorist organization"Islamic state".

The large-scale detention was the result of a long development of the FSB. Operational-search activities and investigative actions continue.

Earlier in October, it was reports that in Moscow detained ISIS members. They prepared a terrorist attack.

Troops are Returning to Their Places of Deployment After Exercises in the South and West of RussiaOreanda.ru | 22.04.2021 15:03:55

China Reminded the US about the Development of Biological Weapons Near the Borders of RussiaOreanda.ru | 08.04.2021 16:07:01