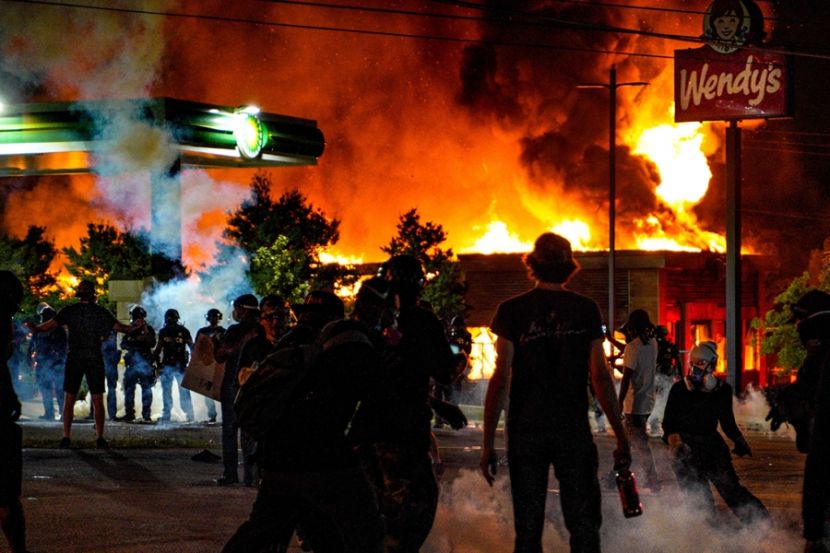 Georgia Governor Involved US National Guard due to Riots in Atlanta

OREANDA-NEWS. In Georgia (USA), a state of emergency is imposed and the activation of National Guard fighters is authorized to establish order in the capital city of Atlanta. A decree was signed by Georgia Governor Brian Kemp.

According to the press service of his office, up to 1 thousand soldiers of the National Guard can be involved in the activities in the territory of state. The statement clarifies that authorities took such measures after at least 30 people were injured as a result of gunfire, 5 of them died. “This lawlessness must be stopped and order restored in our capital city,” Kemp siad.

The riots in the United States began in late May after the death of Afro-American George Floyd arrested by policemen in the city of Minneapolis (Minnesota). Mass protests all over the country are held under the banner of combating police brutality and racial discrimination.
Source: OREANDA-NEWS
Поделиться в соцсетях:
Подписаться на наши группы: Instagram | VK | Facebook | Twitter
Rate this article: