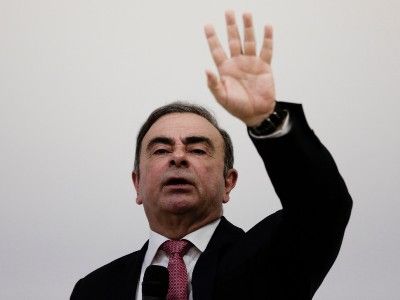 OREANDA-NEWS. Japanese prosecutors questioned the former head of the Renaut-Nissan-Mitsubishi alliance, Carlos Ghosn eight hours a day without the presence of his lawyer. He stated this during a press conference on January 8.

According to Ghosn, he was threatened with persecution of his family if he does not sign a confession to the charges. He also said that members of the Japanese government were engaged in conspiracy. “I can give you names. […] I respect Lebanon and I respect the hospitality that has been extended to me by the authorities in Lebanon,” Ghosn said. At the same time, among the organizers of the conspiracy against him Ghosn named his predecessor, Hiroto Saikawa.

“I'm not here to talk about how I managed to leave Japan, although I can understand that you are interested in that,” the ex-head of Nissan added.

Former Head of the The Mari El, which is part of Russia, Sentenced to 13 Years in Prison for Bribery

The Main Recruiter for the «Islamic State» in Germany was Sentenced to 10.5 Years