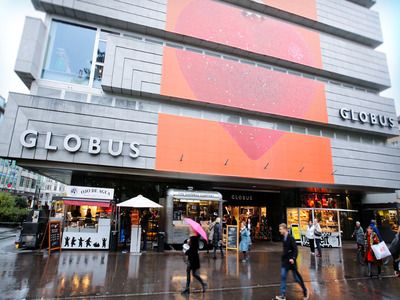 StateInternational activitiesRetailEvents
OREANDA-NEWS. The German retailer Globus, specializing in the development of food hypermarkets, is working on the concept of new stores in a format close to supermarkets - an area of about 1000 square meters. Now the area of retailer stores on average is 10-12 thousand square meters. The fact that such a project has been under development since the end of last year was told to the Russian media by two sources in the food retail market who are familiar with Globus plans.

After evaluating the effectiveness of the pilot, the company will decide on scaling up the new format - while it is planned to open at least three stores, it follows from an internal document. The head of the project, indicated in the presentation, was selected Olaf Frank, head of the multichannel department of the Russian office. The press service didn't answer the question about Frank's participation in this project.
Source: OREANDA-NEWS
Материалы по теме: