In Chelyabinsk Appeared Impound for Cows 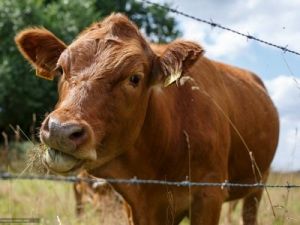 OREANDA-NEWS. The administration of the Ashinsky district of the Chelyabinsk region allowed the capture and placement of cows on a special territory.

It is noted that the residents of the city of Asha were unhappy with the behavior of animals walking without supervision, as they entered the courtyards, trampled lawns, devoured flower beds, scattered garbage from the tanks, and also scared the children.

The city mayor's office was forced to pay attention to the problem.  As a result, the authorities have developed an order not to allow cattle grazing in urban areas.  Owners of cows are instructed to walk them outside the urban residential sector.  If this requirement is not respected, the cow will be captured and delivered to a special temporary detention center.  Owners who want to pick up a cow will have to pay a fine of 10,000 rubles for catching and transporting an artiodactyl, as well as about 1,000 rubles for taking care of him for a day.

Also in the near future in Asha will conduct a raid on catching wandering cattle.

The inhabitants of Ashi have been complaining about cows, horses and even pigs for a long time.  Animals released for free grazing interfere with the passage of cars and the passage of people, litter the streets with waste products and feed themselves on waste at urban container sites.