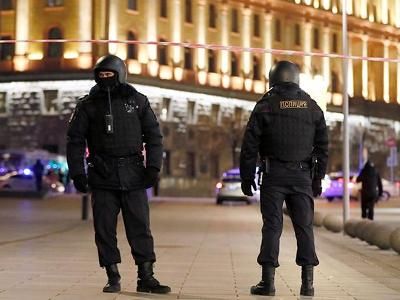 In Moscow, an Unknown Criminal Opened Fire Near FSB Building

OREANDA-NEWS. The Telegram channels Baza and Podyom report that an unknown person opened fire from a submachine gun near the main building of the Federal Security Service (FSB) on Lubyanka Square in Moscow.

According to the Telegram channel Mash, a traffic police officer died, another person was wounded. The Telegram channel 112 claims that three officers of the Federal Protective Service were killed; Izvestia newspaper also provides information about the three dead. At the same time, the agency Moskva reports about one dead.

“Shooting and screams are heard, people from the street were driven into buildings,” one of the eyewitnesses told to Podyom. 112 and Otkrytye Media report that three attackers fired at the FSB reception room, two of them were killed, one flew to Bolshaya Lubyanka Street and barricaded in the building. He continues to fire. It is not specified in which building the shooter took refuge.

Kommersant’s source in the FSB reported that an explosive device was discovered at the shooting site. “The robot is operating there. Explosion engineers are working,” he said.

Kommersant’s interlocutor in the FSB stated that as a result of the attack, one officer was killed, three were wounded, and one of them is acute patient. He also confirmed that the attacker was killed. It is unknown yet whether he acted alone or in a group.

TASS news agency cites a massage from the FSB: “An unknown person opened fire near house 12 on Bolshaya Lubyanka Street. There are people injured. A criminal is neutralized. His identity is being established.” There is no data on the number of victims. The motives that prompted the shooter to open fire are also not reported.
Source: OREANDA-NEWS
Материалы по теме: