In Russia in the Near Future Will Develop Domestic Software 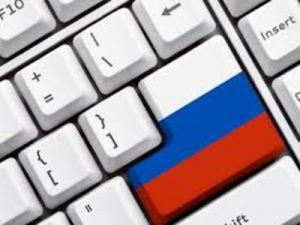 OREANDA-NEWS. Prime Minister Dmitry Medvedev at a meeting of the government commission on information technologies approved the transition plan for federal executive bodies, as well as state extra - budgetary funds for the use of domestic software.

According to the prime minister, the plan "is designed for three years, including the current one". During this time, requirements will be approved for the programs to be used by the authorities, as well as the rules for the provision of office software, including on cloud technologies, will be determined. All the necessary bases will be developed: regulatory, methodological and technical.

The law and the resolution of the Russian government on granting preferences to Russian software developers in public procurement came into force at the beginning of 2016. It prohibits the purchase of certain categories of foreign software programs, if there are analogues in Russia already included in the domestic software registry.

For the execution of the law, an expert council was created, which included representatives of departments and Russian IT companies. They make decisions about including this or that software in the registry, which currently contains more than a thousand software products and by the end of the year will be replenished with several thousand more software.

State - owned companies and government agencies must prepare a schedule of ICT purchasing (ICT) and to be agreed with the expert community and authorized by the Federal authorities.

In addition, government agencies are invited to impose a ban on the purchase of foreign computing equipment, server equipment and telecommunications systems, if there is a Russian equivalent. The criteria by which products will be considered domestic will also be determined. If the customer will need foreign IT solutions, such a purchase will have to be justified.

The use of electronic document management systems, accounting and personnel systems of foreign origin will be prohibited to state bodies and local governments. All state and corporate information systems will be audited in order to identify the possibility of replacing foreign software with Russian. Such measures are necessary because of the initiative to create a single IT resource with data on all citizens and the electronic signature system of documents.