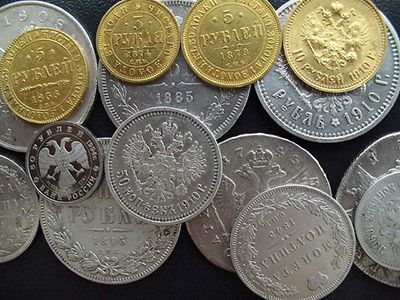 In the Center of Moscow, Found Coins of XIX-XX Centuries

OREANDA-NEWS. Gold coins found in the center of Moscow will be sent to the state institution for the formation of the State Fund of Precious Metals of the Russian Federation (Gokhran) under the Ministry of Finance, said Ekaterina Svyatitskaya, head of the Archeology section of the Moscow Museum.

Coins belong to the era of the reign of Nicholas II.  They can see the face value of five and ten rubles.  Most likely, the coins were hidden in a tin box in the basement during the revolution or the Civil War.

The coins turned out to be “caked”: it is possible that the house that stood on this spot in the 20th century was very hot and the coins became attached to each other.  The archaeologists did not disassemble them, but immediately called the police, who sealed almost a kilogram of gold.  After the inventory and examination, the coins will be returned to the archaeologists and the treasure will go to the museum.