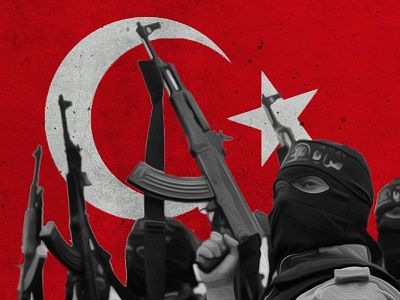 OREANDA-NEWS  Turkish police in the province of Kayseri in the South-East of the country during the raid detained two Russians on suspicion of belonging to the terrorist group "Islamic state" (IS, banned in Russia). It is reported by the Turkish Agency DHA.

The detained Russians were Rashid Enikeev and Elana Rakhmanova. Intelligence agencies say that the Russians were involved in the activities of terrorists in Syria. In addition to them, five more people were detained. During a search of the house where the alleged members of the IG lived, fake passports were found.

"We confirm the fact of detention of two specified Russian citizens, we find out other circumstances", — reported a press-the attaché of Embassy of Russia in Ankara Irina Kasimova.

Earlier, the DHA Agency reported on the detention in Kayseri province in the center of the country of seven alleged members of the terrorist group "Islamic state"*, including two Russian citizens Rashid Enikeev and Elana Rakhmanova.

According to the Agency, Enikeev is on the international wanted list on charges of terrorism, recently he was engaged in illegal transportation to Turkey and the placement of the wives of militants killed in Syria.

In August, Turkish media reported about the detention in Istanbul on Seda Dudurkaev, daughter of the former head of the Federal migration service of the Chechen ASU Dudurkaeva. The publications claimed that she was the wife of one of the commanders of the IG, who died in 2016, "Minister of war" Abu Umar Shishani. The Consulate General of Russia sent an official request to the Turkish authorities about the detention of the Russian.