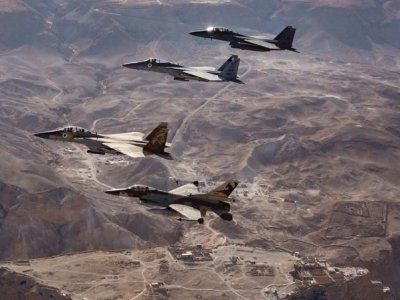 The objects belong to Iran’s Al-Quds forces and the army of Syrian President Bashar al-Assad. It is noted that the attack was carried out in response to the launch by Iranian units of rockets from Syrian territory towards Israel. One of the targets was the building near the airport in Damascus, where allegedly the Al-Quds headquarters in Syria is located.

Israeli Prime Minister Benjamin Netanyahu said the strike of the air force on Iranian targets in Syria was a response to shelling of Israeli territory, and added that the authorities will continue to provide the security of the state. “I gave them to understand that, no matter who harmed us, we would inflict a painful retaliation. That’s how we did it tonight against the military targets of the Al-Quds Iranian forces and Syrian military facilities in Syria after they launched missiles on Israel last night. We will be firm in ensuring security of Israel,” a statement released by the Prime Minister’s Office says.

Official Damascus has not yet commented on the attacks. However, a military interlocutor of SANA information agency called this attack an act of aggression. “Work on a thorough study of the situation and assessment of damage and losses caused by aggression continues,” he said.

The Russian Foreign Ministry said that the attacks could lead to an escalation of tension in the region. “We will still find out the circumstances, this all is… wrong,” the Deputy Minister Mikhail Bogdanov said. “It just leads to an unnecessary escalation of tension,” he added.