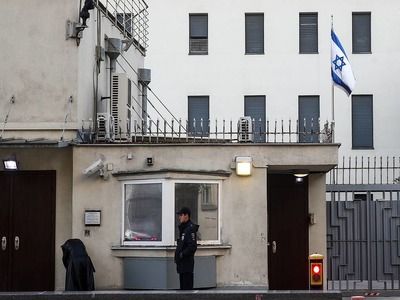 StateInterstate relationsMinistries and departmentsTerritorial administration
OREANDA-NEWS. The reasons for the detention are not yet reported. All Israeli citizens who arrived yesterday from Tel Aviv at Domodedovo Airport were able to enter Russia. This was reported to the Russian media at the Israeli embassy in Moscow.

“Everyone was already released last night”, the embassy noted. The diplomatic mission also indicated that the causes of the incident are still unknown. On Wednesday evening, the Israeli Embassy told to Russian media that most of the Israelis detained at Domodedovo Airport were allowed into the Russian Federation. However, one person still remained at the airport for inspection.

According to the Russian Embassy in Tel Aviv on December 1, 2019, 5771 Russian tourists were denied entry to Israel. In October 2019, 568 Russian citizens were not allowed into Israel, in November - 569. We are talking about those who arrive in the country for tourist purposes, they have paid round-trip tickets, hotels and vouchers, the corresponding amount of funds required during your stay in Israel.