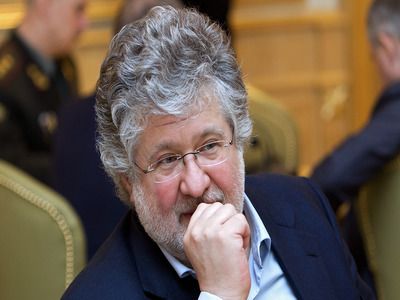 StateEventsInterstate relationsMilitary security
OREANDA-NEWS. Ukrainian businessman Igor Kolomoisky said that, in his opinion, the conflict in the east of Ukraine was not “inspired by anyone”, including “no Russia”. He expressed this point of view in an interview with the Ukrainian magazine Novoye Vremya. The entrepreneur called what is happening in the Donbass “internal civil conflict”, which “has been preparing for 20 years, at least since 2004”. Kolomoisky believes that the Russian military and military equipment that is present in the region doesn't affect the development of the situation.

“Russian equipment is still there now and will be as long as there is a conflict”, the businessman assured. This he called the "realities of life". The Kiev security officials, he recalled, have American technology. "And what of it?" Kolomoisky wondered. He explained to the Ukrainian authorities from Washington that “it's beneficial for America to keep sanctions against Russia”. Thus, the United States provided the equipment, “to support the conflict in the Donbas”, the businessman is confident.

Also, the fact that the entrepreneur called the fact that in the east of Ukraine there are Russian military. “They, however, are disguised as vacationers or someone”, added Kolomoisky, explaining that in the “officer corps” of the self-proclaimed armies of Donetsk and Lugansk people's republics (DPR and LPR), “100% are many Russian military personnel, who went on "vacation" or "trip". “And don't make a catastrophe out of it - this is normal”, said Kolomoisky.

The fighting in the east of Ukraine has been going on since 2014. Kiev believes that on the side of the self-proclaimed DPR and LPR, the Russian military are fighting. The fact that the military personnel from Russia were indeed in the Donbass was also testified by the results of the investigation of the Russian media in 2014. Moscow has repeatedly denied this data. Russia doesn't consider itself a party to the conflict in the Donbass.