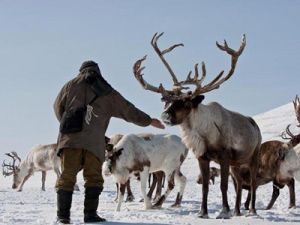 OREANDA-NEWS. The governor of Magadan Region, Sergey Nosov, on Friday during a visit to the Severo-Evensky District of the region announced a ban on shooting wild reindeer, according to the Kolyma government.

The government of Kolyma says wild reindeer of Kamchatka are critically endangered, the only free group of these animals on the peninsula, preserved in the Kronotsky Reserve, has no more than five hundred individuals. Sergey Nosov, the governor of Magadan Region, came to the fore with the solution.

"There are complaints and specific cases, but no action is taken while we are fighting to restore the livestock, suspending licenses for killing wild reindeer. More licenses for shooting reindeer will not be issued. Each kill of a reindeer in the Severo-Evensk city district will be considered poaching", the website of the regional government cites the words of Sergey Nosov.

The governor of Magadan Region explained that, according to his data, hunters often receive a license for kill, and instead of wild deer they kill gregarious individuals. The ban on hunting should help deer farmers increase the number of animals.

“In our region, reindeer breeding should be developed no worse than in the neighboring ones. By common efforts, we need to work out a strategy for the development of the industry”, Sergey Nosov stressed.

Russian media came to know that Kolyma authorities also intend to solve other problems of deer farmers. These solutions would include, in particular, diverting routes from the roads (which will help avoid unauthorized kills) and providing deer farmers with firearms for protection from wolves.