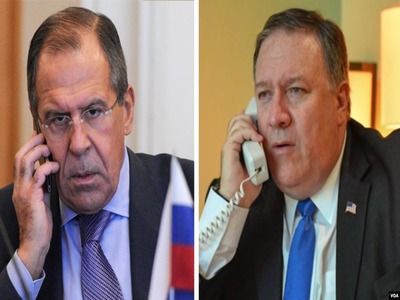 StateInternational activitiesInterstate relationsMilitary security
OREANDA-NEWS. Moscow and Havana reject Washington’s attempts to reformat Latin America in the spirit of the “Monroe Doctrine” (provides for the exclusive interests of the United States in the Western Hemisphere, it will be 200 years old in 2023), which is contrary to the principles of the UN Charter. This was announced on Monday by Russian Foreign Minister Sergei Lavrov at a joint press conference following talks with his Cuban counterpart Bruno Rodriguez Parrilla.

“We talked about Washington’s attempts to reformat this region Latin America to suit the reviving Monroe Doctrine, ” the Russian Foreign Minister noted. “We won't accept such approaches and will firmly uphold the norms and principles of the UN Charter”. “The experience of Cuba confirms the failure of the policy of dictatorship in international relations and the futility of coercive pressure,” the minister continued. “We share with Cuban friends the conviction that the illegitimate sanctions are unacceptable and confirm the categorical rejection of the US economic, commercial and financial blockade of Cuba support the fair demands of Havana for the immediate termination of this blockade".

Increasing US pressure on Cuba under the Helms-Burton Act is contrary to international law, Lavrov said. "The decision that was made in Washington is fundamentally contrary to not only international law, but also the requirements of the overwhelming number of members of the international community, Lavrov said. Earlier, US Secretary of State Michael Pompeo said that from May 2, the US authorities would allow their citizens to file lawsuits against individuals and legal entities controlling property in Cuba, which was nationalized in the past century. Earlier, Washington regularly suspended the Helms-Burton Act of 1996, which allows US citizens to sue foreign companies that do business in the United States and have invested in this property on the island.