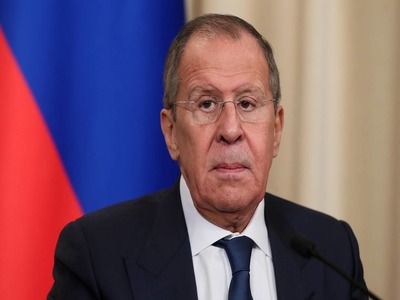 Lavrov: Saraj and Haftar Were Invited to Berlin at Insistence of Russia

StateMinistries and departmentsInternational activitiesEvents
OREANDA-NEWS. Leaders of the parties to the Libyan conflict were invited to an international conference in Berlin on Sunday at the insistence of Russia. This was announced to reporters by acting Minister of Foreign Affairs of the Russian Federation Sergey Lavrov following the summit.

According to him, Russia from the very beginning participated in the preparation of the summit. “It was at our insistence that the organizers departed from their original idea of ​​gathering without Libyan parties, Libyan leaders were invited to the conference”, Lavrov said, noting that he had in mind the head of the Government of Libyan National Accord Faiz Saraj and the commander of the Libyan National Army Khalifa Haftar.

"Also on our initiative, the range of participants from among the neighbors of Libya was expanded", added the acting Minister. He emphasized that ensuring the interests of these countries is extremely important for the sustainability of any agreements.

According to Lavrov, the conference in Berlin lasted about five hours, this was preceded by about four months of preparation, including five preparatory rounds and consultations at the level of senior officials. As a result, the acting Minister, a rather detailed final document was agreed, which contains recommendations and proposals to overcome the Libyan crisis.