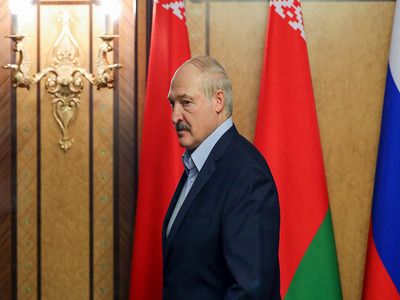 StateInternational activitiesState financeMinistries and departments
OREANDA-NEWS. Russian President Vladimir Putin made his Belarusian counterpart an “unexpected offer” for oil supplies. This was stated by Alexander Lukashenko himself. This, in particular, is about paying up to $ 300 million in compensation for losses due to tax maneuver.

“The President of Russia called (you know that we sometimes have disputes on certain issues). He proposed that we think about it, including oil supplies to Belarus. We, of course, are now (this was an unexpected offer) trying to cheat on him”, Lukashenko said during a meeting with the Governor of the Arkhangelsk Region Igor Orlov, the Belarusian media reports.

According to the Belarusian president, Putin suggested that he calculate the losses of Belarus from the reduction of customs duties. “If we received $ 1 billion from the duty last year, let’s say, and this year, by lowering this same duty, we’ll get, say, $ 700 million. He said: we will compensate $ 300 million. Including through premiums to companies”, Lukashenko said.

In 2019, Lukashenko said that in four years, since Russia began to replace the export duty on oil with a production tax in 2015, the economy of Belarus has lost $ 3.4 billion.
Source: OREANDA-NEWS
Материалы по теме: