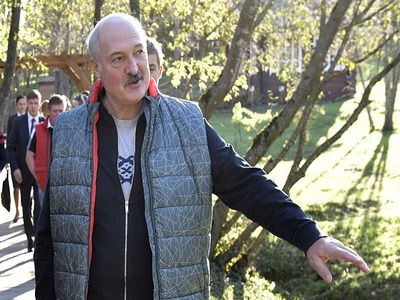 StateDiplomatic organizationsState services to societyState management
OREANDA-NEWS. President of Belarus Alexander Lukashenko said that the level of freedom and democracy in the country is no less than in Russia or in the West, according to the website of the head of state. “I dare to assure you: there is no less democracy and freedom in Belarus than in our native fraternal Russia or in the West, or further in developing countries”, he said at a meeting with the heads of the constitutional courts of foreign countries.

Lukashenko added that the Belarusian authorities are “harder” to demand order, and explained this by saying that the country is not as rich as Russia. “She may make a mistake, but tremendous wealth helps to correct this mistake quickly”, the president said. He also responded to accusations of authority in authoritarianism. “I never denied this: indeed, our legal system was built in this way and aimed at creating and strengthening the vertical of power, because after the collapse of the Soviet Union we were left alone, plus with Soviet rubles”, Lukashenka said.

According to Lukashenko, in the near future in Belarus, either a new Constitution will appear, or amendments will be made to the existing one. “Very accelerated processes. Our Constitution begins to lag a little. I asked the experts of the Constitutional Court to make their proposals for possible improvement, ”the president said. “Parliament should be a discussion platform for a dialogue of deputies with different political views, while sharing the main principles: independence of the country, stable development and welfare growth of the Belarusian people”.

In February, experts from the non-governmental organization Freedom House classified Russia and Belarus as non-free countries. The level of freedom in Russia, they estimated at 20 out of 100 possible points, in Belarus - at 19 points.