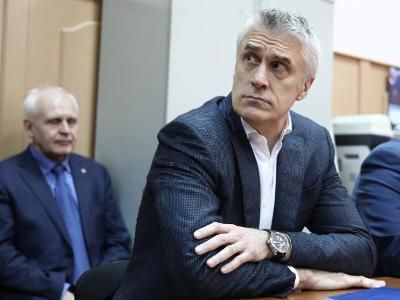 Media Reported about Re-Categorizing Charges in the Baring Vostok Case

OREANDA-NEWS. On December 23, Interfax news agency reported with reference to informed sources that the Investigative Committee of Russia re-categorized the charge in the case of Baring Vostok from fraud to embezzlement on a very large scale.

Baring Vostok believes that the criminal case of embezzlement of the bank Vostochny ended in nothing, and the investigation poisons Russia’s investment climate. The representatives of the fund also demanded to release their innocent colleagues.
Source: OREANDA-NEWS
Материалы по теме:

Criminal Cases were Opened Against Five Adherents of the Organization «Jehovah's Witnesses» in RussiaOreanda.ru | 04.03.2021 13:22:56