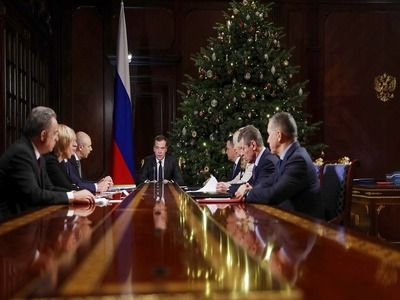 StateMinistries and departmentsState managementState finance
OREANDA-NEWS. Russian Prime Minister Dmitry Medvedev said that he extended the tax free experiment for a year, extending it to three more regions. “Now I signed a new resolution, which not only extends the validity of this pilot project until December 31, 2020, but also allows you to expand the geography and the number of participants in this process. Three more will be added to 13 regions where this is working: this is the Leningrad Region, Primorsky and Khabarovsk Territories", he said, opening a meeting with deputy prime ministers on Monday.

Medvedev also said that stores are being unlinked to specific addresses, which were stipulated in the previous version of the resolution. Now, not only organizations fixed in specific buildings or on specific streets, but all retail trade in the region, which is conducted by Russian legal entities, can participate in the project.

According to the First Deputy Prime Minister - Minister of Finance Anton Siluanov, if in 2018, customs authorities issued about 42 thousand checks, this year for 11 months the number of checks increased by 35%. The total tax free turnover amounted to more than 17 billion rubles.
Source: OREANDA-NEWS
Материалы по теме:

Putin Told about the Government's Discussion of Support for Small Business