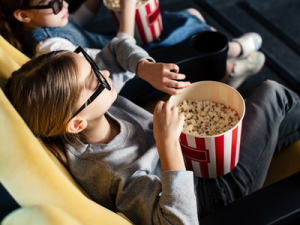 OREANDA-NEWS The ban on bringing food and drinks not purchased at the movie theater was included in the list of rules due to complaints from film industry representatives about falling incomes. This was reported by the press service of the Ministry of Culture of the Russian Federation.

Representatives of cinema networks noted that for them, food brought to the movie theater "is a problem that leads to a significant drop in income." This was said in the press service of the department, commenting on the draft bill of the ministry posted on the portal of regulatory legal acts.

The department noted that they are listening to the opinion of the industry and are trying to contribute to its development throughout the country. The Ministry of Culture of the Russian Federation emphasizes that the initiative was placed for public discussion "in order to listen to different opinions and make a final decision."

The Ministry of Culture also proposes "not to enshrine the obligation of cinemas to ensure safety at the legislative level, but to prescribe or establish in the legislation the rules for functioning and visiting movie theaters." However, these rules establish "the obligation of film demonstrators to approve the rules of visiting the cinema with their local act and to provide an opportunity for viewers to familiarize themselves with such visiting rules before buying a ticket."