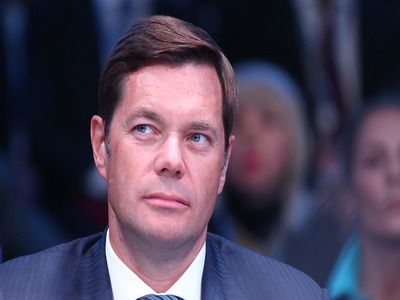 Mordashov Announced Plans to Create a Russian Analogue of Amazon

StateNew technologiesRetailSoftware engineering
OREANDA-NEWS. Chairman of the Board of Directors of Severstal PJSC, billionaire (fourth place with a fortune of $ 20.5 billion in the ranking of Russia's richest entrepreneurs according to Forbes) Alexey Mordashov told Bloomberg about plans to create a trading ecosystem based on his projects in various business fields.

According to him, he intends to continue investing in consumer-oriented sectors of the economy and eventually open an online retailer like Amazon. Mordashov said that Severgroup has already made several investments related to human needs (education, medicine, travel and retail). “Now we are thinking of creating an ecosystem based on these assets like Amazon. Each of these areas is on the verge of great changes, ”he said.

According to the Russian media with reference to the representative of Severgroup, we are talking about combining the Lenta grocery retailer, Utkonos online hypermarket, TUI travel company (Mordashov owns 25% of the shares in it) and TalentTech technology company. At the same time, the company didn't specify the terms for creating such an ecosystem.

In September 2019, Mordashov’s fortune was estimated at $ 20.5 billion, by December he had increased his fortune by another $ 3.8 billion. He owns 77% in Severstal metallurgical holding and 100% in Power Machines holding, which produces turbines and boilers for power plants.
Source: OREANDA-NEWS
Материалы по теме:

Deputy Prime Minister of the Russian Federation Assessed the Situation with the Production of Vaccines and Vaccination in RussiaOREANDA.RU | 05.03.2021 17:31:58