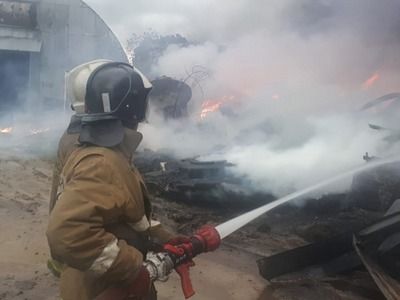 More Than 4.5 Thousand Russians Died in 2018 as a Result of Emergency

OREANDA-NEWS More than 4.5 thousand Russians, including 537 children, died in 2018 as a result of various emergencies, it follows from the statistical compilation of the Ministry of Health of the Russian Federation for 2018.

"The population affected by various types of emergency in 2018: there are 14,999 in the Russian Federation, of which 4,636 were killed, including 537 children," the collection says.

At the same time, in 2017 the number of victims of the emergency was a little more than 10 thousand, and the death toll is about 3 thousand, specified in the collection.

Most people died as a result of technological disasters - about 4.3 thousand people, as a result of biological and social emergencies - 202, banditry - 24, natural phenomena - 21, in armed conflicts 18, specified in the collection.

The largest number of deaths as a result of emergencies, as follows from the material, is noted in the Moscow region - 351 people, Krasnodar Territory - 262 and the Republic of Bashkortostan - 191.