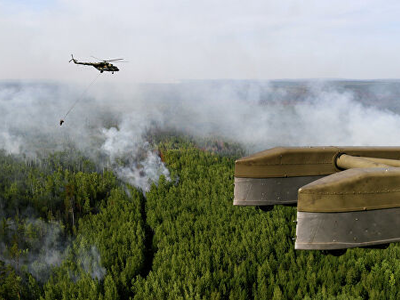 StateEventsIncidentsMilitary security
OREANDA-NEWS "During the day, the aircraft of Russia 93 discharges carried out and 929 tons of water dumped to the most difficult areas of ignition," the report said.

According to the Ministry of Emergencies with reference to the data of the Federal Aviation Protection Agency, on August 7, 453 centers of natural fires continue to operate, 28 of which are localized.

To extinguish wild fires and protect settlements, ground-based airmobile groups in the amount of 696 people and 39 pieces of equipment were involved. In addition, from the Tomsk region to the Krasnoyarsk Territory, an airmobile group advanced to extinguish fires in the five-kilometer zone.