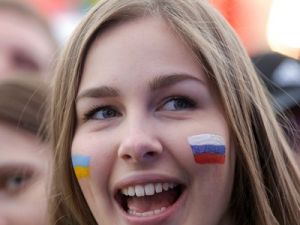 OREANDA-NEWS The majority of Russians (85%) believe that it is important for Russia to have friendly relations with Ukraine, according to the VTsIOM survey data.

Also, 78% of Russians believe that countries need to improve relations, only 4% of respondents adhere to the opposite opinion.