Indian Doctors Refuse to Be Vaccinated with Local Vaccine Covaxin

New Variant of Coronavirus is Discovered in New York 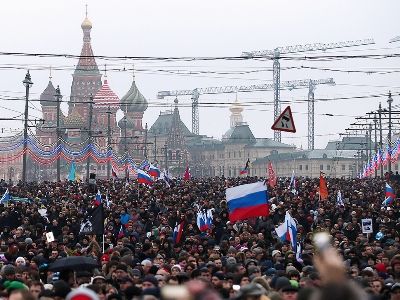 Most Russians Expect Corruption Scandals, Resignations in the Government and Mass Protests in 2020

OREANDA-NEWS. According to the results of the survey conducted by the Levada Center on December 12–18, 2019, most Russian citizens expect corruption scandals, resignations of the ministers and mass protests in 2020. 66 % of respondents expect scandals and resignations. 45 % wait for mass protests.

At the same time, the number of Russians who believe that an economic crisis will happen in 2020 has become less – 45 % in comparison with 53 % a year before. Less respondents predict armed conflicts with neighboring countries (23 %) and wars with the USA or NATO (14 %). 55 % of Russians believe that 2020 will be tense in the sphere of politics, 57 % said the same about economy.

However, 63 % of Russians consider that the coming year will be better than the previous one.

Residents of Poland and Germany Spoke Out Against Vaccination

Russian Senator Spoke about Europe's Desire to Take on Russia

The Federation Council Proposed to Imprison the Organizers of "Thrash Streams"

American Journalist Explained the Strength of the Russians