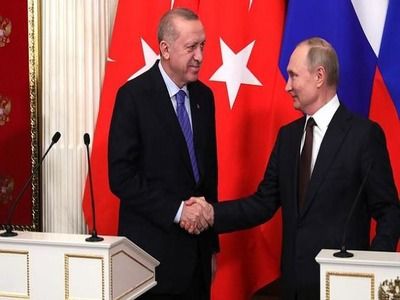 StateDiplomatic organizationsInterstate relationsMilitary security
OREANDA-NEWS. Turkish National Defense Minister Hulusi Akar said Wednesday that talks between Turkish and Russian military experts on the Syrian Idlib continue in a constructive manner. "The negotiations (with the participation of the Russian military delegation) continue in a positive and constructive manner. On March 15, we plan to begin joint patrolling of the M-4 highway, we are working on it", Anadolu agency quoted him as saying.

The day before, negotiations between the military of the Russian Federation and Turkey began in the Turkish capital. It's expected that they will discuss the details of the joint patrol of the M-4 highway in Syria, which is scheduled to begin on March 15. Meanwhile, on March 10, Turkish Foreign Minister Mevlut Cavusoglu made a statement that Ankara "will patrol the territories north of the M-4 highway, and the Russians will south of it".

Starting March 15, the Russian Federation and Turkey will begin joint patrols along the M-4 highway, along which a security corridor will be created. Moscow and Ankara reaffirmed their commitment to preserving the sovereignty of Syria and agreed to continue the decisive fight against terrorism.