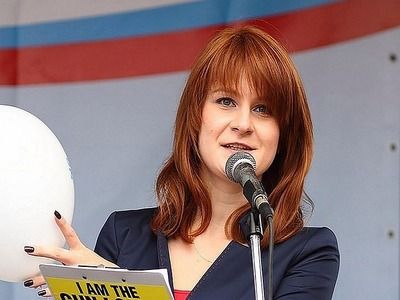 Negotiations on the Transfer of Butina to Russia May Begin Soon

StateJusticeMinistries and departmentsInterstate relations
OREANDA-NEWS. Negotiations on the transfer of the Russian woman Maria Butina convicted in the United States to Russia can be initiated soon. This was reported on Friday to the Russian media in Khanty-Mansiysk by the Commissioner for Human Rights in the Russian Federation Tatyana Moskalkova with reference to the father of convicted Valery Butin.

“As her lawyer and father Valery Butin, with whom I am in touch, says, the conditions of Butina’s detention are more or less satisfactory. And they expect that in the near future a procedure will be initiated on her possible transfer to Russia”, said Moskalkova in response to whether she was interested in the current conditions of detention in the American prison Butina. She added that she was not satisfied with the punishment imposed on Butina. “After Butina made a deal, she was given a lesser punishment. But I’m personally not satisfied that the court didn't limit itself to the actual served sentence”, the ombudsman noted.

Earlier, a Washington court sentenced the arrested Russian woman Maria Butina to 18 months in prison for allegedly working as an agent of a foreign state. Earlier, she agreed to make a deal with the prosecutor's office and admit guilt on one of the charges. Moscow is convinced that she did this in order to be able to free herself and return to her homeland.

According to the prosecution, in order to penetrate American political circles, she "offered sex in exchange for a position in some organization." In the American press such details have caused associations with the spy film "The Red Sparrow", where something similar happened. But then it turned out that the words of Butina were interpreted incorrectly - supposedly the intimate communication sentences were just a joke.