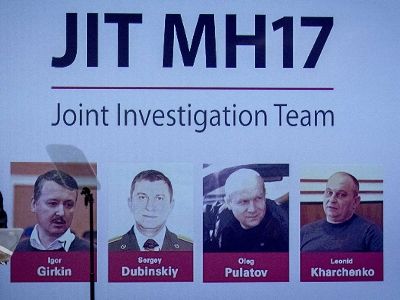 OREANDA-NEWS. The Netherlands prosecutor’s office has brought formal charges against four defendants in the criminal case of the crash of the Malaysian airplane, flight MH17, in Ukraine. This was reported by Yelena Kutyina, the lawyer representing the interests of one of the defendants.

Joint investigative team named the four suspects in June 2019. They are three citizens of Russia: Igor Girkin-Strelkov, Sergey Dubinsky and Oleg Pulatov, and one Ukrainian, Leonid Kharchenko. International warrants for their arrest were issued.

Kutyina said that the defense counts on an objective and independent consideration of the case in court. “In the implementation of the defense, we will consider this case with the deepest respect for the feelings of the families of the victims and take into account the basic principle of criminal proceedings – the presumption of innocence,” the lawyer  said.

Former Head of the The Mari El, which is part of Russia, Sentenced to 13 Years in Prison for Bribery

The Main Recruiter for the «Islamic State» in Germany was Sentenced to 10.5 Years

The Russian Kickboxing Champion Arrested for the Shooting in «Moscow-City»