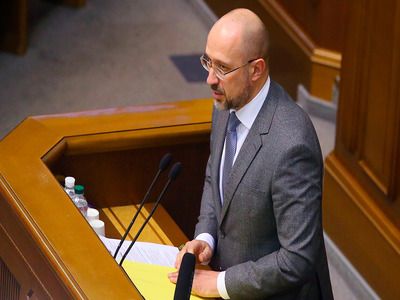 StateOther transport activitiesMinistries and departmentsInterstate relations
OREANDA-NEWS. The new Prime Minister of Ukraine Denis Shmygal said that the water supply to the Crimea is a matter of humanitarian responsibility to the inhabitants of the peninsula. He said this on the air of the Ukrainian television channel.

“Ukrainians live there, Ukrainians live in Crimea. We will not block the water for Ukrainians”, he said. According to him, the lack of water supply to the region will lead to a humanitarian catastrophe. Later, Shmygal wrote on his Facebook that Kiev doesn't have the technical ability to supply water to the Crimea before its “return” to Ukraine.

The previous Prime Minister of Ukraine Alexey Goncharuk wrote a letter of resignation, after which President Vladimir Zelensky proposed Shmygal to head the Cabinet. On March 4, the Verkhovna Rada approved his candidacy. Shmygal noted that the priority tasks for the work of the future government of Ukraine are the return of Crimea and the end of the conflict in the Donbass.

After the entry of Crimea into Russia in 2014, Ukraine blocked the locks of the North Crimean Canal, through which water from the Dnieper entered the region. It provided 85% of the agricultural needs of the peninsula. In early February 2020, the authorities of Simferopol spoke about the shortage of drinking water.
Source: OREANDA-NEWS
Материалы по теме: