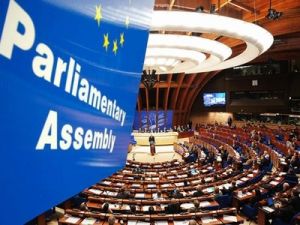 OREANDA-NEWS. The Standing Committee of the Parliamentary Assembly of the Council of Europe (PACE) has published a draft resolution, according to which Russia will be given a place to participate in the June session. The corresponding document is posted on the PACE website. "The Committee proposes to deviate from the PACE regulations in order to be able to invite members of the parliaments of member countries that aren't represented by the delegation in the Assembly - Bosnia and Herzegovina and the Russian Federation", the site says. It also notes that these countries should prepare documents for participation in the June session. Earlier, Estonian President Kersti Kaljulaid criticized the decision to restore Russia's right to participate in the PACE.

The Council of Europe Committee of Ministers has taken measures to ensure the return of former members of the council. Thus, Russia was given the opportunity to return to the Assembly, the relevant decision was made during the meeting in Strasbourg on May 14. The PACE members deprived Russia of their basic powers in the council after the events of 2014, later the country only moved away from the Council of Europe, and ceased to have any powers, even the right to vote. The reasons for the complete exclusion of the Russian Federation from the PACE were the events of 2015, the annexation of the Crimea and military conflicts in the Donbas. In the same year, the issue of lifting the sanctions from the country was raised several times, but the initiatives weren't crowned with success. In June 2017, Russia froze the payment of the membership fee.

Earlier it was reported that the Russian delegation may return to the Parliamentary Assembly of the Council of Europe if it accepts a report on national delegations on the first day of the summer session with recommendations from the regulatory committee. This was stated by Leonid Slutsky, head of the Russian State Duma Committee on International Affairs.