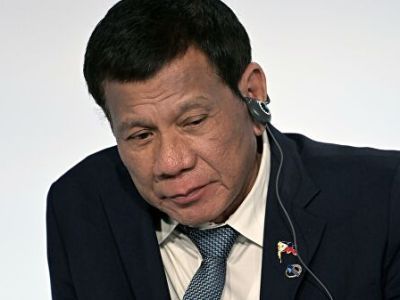 OREANDA-NEWS. The Philippine Star newspaper reports that President of the Philippines Rodrigo Duterte instructed the police and the armed forces to shoot to kill those who will continue to protest and violate peace and order during the quarantine against a coronavirus infection.

According to the publication, this order was given after several dozen poor people in Quezon City staged a protest demanding food and other assistance from local authorities. More than 20 protesters were detained. “My order for the police and the army… if a conflict or a fight that puts your life in danger starts, shoot them to kill,” Duterte said.

According to ABS-CBN, Philippine National Police chief Archie Gamboa claimed that law enforcement officers would not kill anyone. According to him, the president exaggerated.