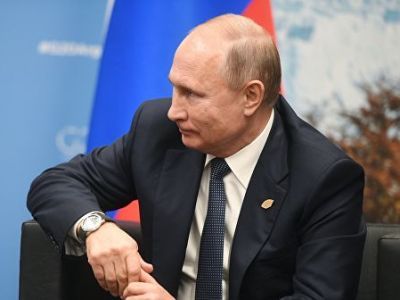 The share of those who found it difficult to answer declined to a record 8 %. Earlier, 14 % to 26 % of respondents answered so.

The share of citizens who say that people trust Putin because they do not see an alternative has grown to a maximum since July 2001, to 43 %. In 2016, 29 % of respondents said about it. For the same period, the share of those who explain people’s confidence in Putin saying they hope that he will be able to solve the country’s problems has decreased to a minimum, 24 % think so nowadays (39 % in 2016).

In the presidential election, 40 % of respondents are ready to vote for Putin, 54 % of those who would go to the election. Putin’s electoral rating has not changed after falling in June 2018 due to pension reform.

Lev Gudkov, the Levada Center’s head, explained the dynamics of the figures by the fact that people do not hope that Putin will lead the Russian economy out of a difficult situation. According to the sociologist, the most critical to the president are people between 25 and 30 years old, more educated and wealthy, who will begin to determine public opinion soon, and Putin’s authority is supported by the opinion that he has no alternative.