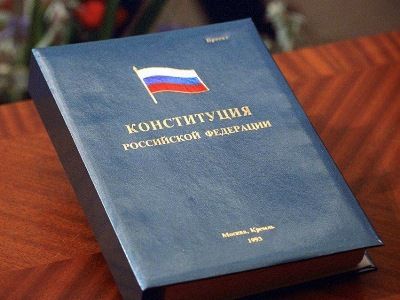 OREANDA-NEWS. The survey held by Levada Center showed that 47 % of Russian citizens agree that the Constitution is being changed in the interests of President Vladimir Putin, “in order to expand his authority and allow him to remain in power after 2024.”

44 % agreed with the second proposed variant that the Constitution is changed “to improve the system of government in the interests of the majority of the country’s population.” 9 % found difficulty in replying.

22 % of respondents are well aware of Putin’s proposal to amend the Constitution, 58 % have heard something about it, 20 % have learnt of this initiative for the first time during the poll, and 1 % had difficulty in giving answer.

The Russians were also asked about their opinion on the role of the Constitution. 27 % agree that it guarantees the rights and freedoms of citizens; 24 % admit that it maintains order in the activities of the state; 15 % said the Constitution is a means for President to control the State Duma; 30 % consider that the Basic Law does not play a significant role in the life of the country.
Source: OREANDA-NEWS
Материалы по теме: