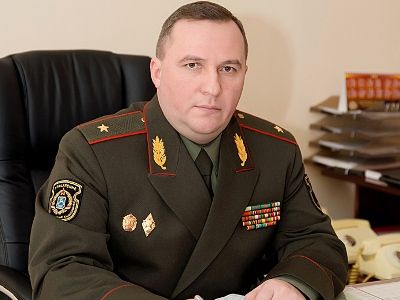 OREANDA-NEWS. President of Belarus Alexander Lukashenko appointed a new Minister of Defense. The position was occupied by the head of the Western Operational Command, Major General Viktor Khrenin.

Andrei Ravkov, who held the post of the Minister before, was appointed by Lukashenko as a State Secretary of the Security Council.

“We are military men, time is not easy. The military organization does not tolerate uncertainty,” the head of state explained the appointment. Lukashenko stressed that candidates for the post of head of the Ministry of Defense have been considered for several months.

After being appointed, Khrenin announced his priorities. “The main things are people, keeping personnel potential and training of manpower. If we have trained people and equipment, we will not be afraid of any threat,” he concluded.