Blacklist of Adoptive Parents May Appear in Russia 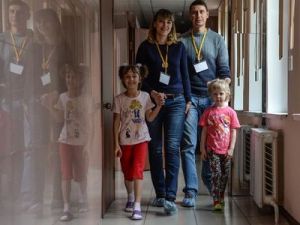 OREANDA-NEWS In Russia, they proposed to make a blacklist of adoptive parents, which would deprive unprincipled guardians of the opportunity to adopt children. "Parliamentary newspaper" reports about it .

It is noted that such a list will also prevent parents with a negative reputation from moving to another region and taking a child from an orphanage there.

In addition, the initiative will allow for the interaction of judicial instances and guardianship bodies, since the courts will oblige to send special extracts about unfair guardians to organizations involved in guardianship. Now this information is sent only to the offices of the registrar.

The Russian ombudsman in Russia, Anna Kuznetsova, said that the black list would protect orphans and children left without parental care in families with poor reputations that were deprived of their custody by law.

The bill to create a list will be considered at the next meeting of the State Duma.