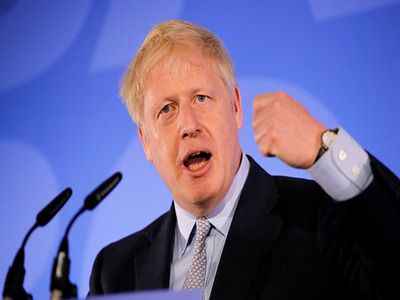 Ministries and departmentsInterstate relationsPoliticsEvents
OREANDA-NEWS. Hundreds of British businessmen have called on United Kingdom Prime Minister Boris Johnson to pull the country out of the European Union on October 31 to put an end to economic uncertainty. This was reported on Wednesday by the British newspaper, which published excerpts from a letter from the Alliance of British Entrepreneurs, signed by 290 businessmen.

Business representatives demanded that Johnson guarantee Brexit on time. “The extension will ultimately undermine the credibility of our political system. The conservative brand will be tarnished forever and the growing Brexit Party will fight for every seat in the country. The result will be a suspended parliament with a longer delay Brexit and more devastating uncertainty. The UK has repeatedly gone for a compromise for more than two years. If the EU rejects the Prime Minister’s latest proposal, he should immediately stop negotiations and leave", the letter said.

The UK should leave the EU following the referendum held in 2016. Initially, Brexit was scheduled for March 29, 2019, but British parliamentarians rejected the draft agreement with the European Union three times, as a result, the exit from the community was postponed to April, then to October 31. Johnson promises to carry out Brexit on that day with or without a deal.