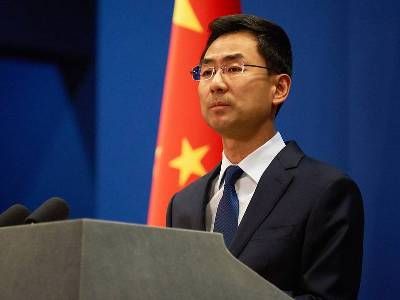 OREANDA-NEWS. Spokesman of the Foreign Ministry of China, Geng Shuang claimed that the lawsuit of the American state of Missouri, in which Beijing was accused of spreading the new coronavirus disease, is nothing but litigiousness.

Earlier, the Missouri State sued against the Chinese authorities, accusing them of deceiving the public, non-publishing important information, arresting complainants, denying the fact of virus transmission from person to person, destroying medical research and allowing millions of people to come into contact with the virus.

“These so-called lawsuits are purely litigious cases, it is an unscrupulously instituted act conducted to annoy,” Geng Shuang said, commenting on this. He stressed that such a claim is devoid of any factual and legal evidence. The Spokesman also recalled that the Chinese government at all levels has the sovereignty to take various measures to prevent the epidemic and it is not under the jurisdiction of the US court.