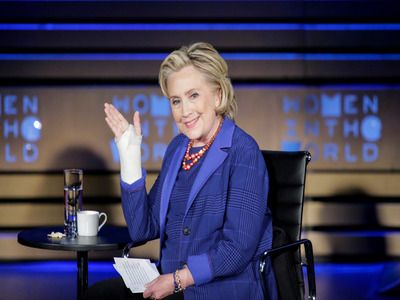 PoliticsEventsInternational activitiesInterstate relations
OREANDA-NEWS. After losing to Donald Trump in the 2016 presidential election, Hillary Clinton ridiculed the message, which, according to the American media, he sent to Turkish leader Recep Tayyip Erdogan. On her Twitter page, she published a “letter” to Kennedy Khrushchev allegedly found in the archives. In a fictional document dated 1962 and mimicking Trump’s writing style to Erdogan, Kennedy asks Khrushchev to remove Soviet missiles from Cuba.

Soviet medium-range ballistic missiles and cruise missiles capable of carrying nuclear weapons were deployed in Cuba in 1962. The appearance of these missiles, capable of hitting targets in a significant part of the United States, provoked the so-called Caribbean crisis and put the world on the brink of nuclear war.

On October 16, CNN reported that Trump had sent Erdogan a letter in which he proposed to resolve the conflict with the Syrian Kurds. “History will thank you if you do everything right. And if not, then in history you will remain the devil. Don't be a tough guy. Don't be a fool”, the media quoted the letter as saying.