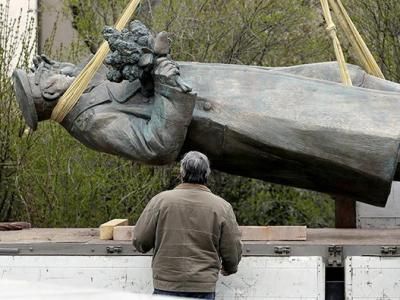 OREANDA-NEWS. The Czech Republic is ready to negotiate with Russia on the transfer of a monument to Soviet Marshal Ivan Konev to Moscow in accordance with the agreement of 1993. This was reported by Czech Foreign Minister Tomas Petricek.

“According to the position of the Ministry of Foreign Affairs, it is important that our obligations arising from our agreement with the Russian Federation, which does not say where the monument should be placed, but provide worthy treatment and protection of the monument from damage. If one of the ways to fulfill this obligation is negotiations with the Russian Federation on moving the monument to its territory, we are open for this,” the politician said. Petricek emphasized that he will discuss this issue with the authorities of the district Prague 6 and with his colleagues in the state government.