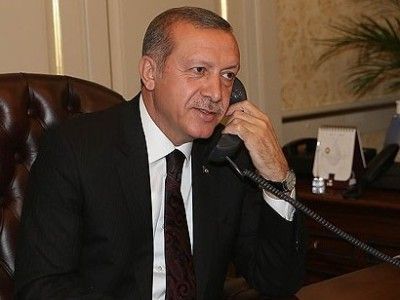 OREANDA-NEWS. Turkish President Recep Tayyip Erdogan had a telephone conversation with his Russian counterpart Vladimir Putin, during which they discussed the aggravation of the situation in the Syrian governorate of Idlib. This was reported by Anadolu news agency with reference to the press service of the office of the Turkish leader.

During the talks, Erdogan pointed out that the government forces of Syrian President Bashar al-Assad should hold maximum restraint in the conflict. In addition, the Turkish President emphasized the need to prevent a humanitarian catastrophe in Idlib. Erdogan and Putin expressed their commitment to the agreements on Syria reached at the talks in Sochi.