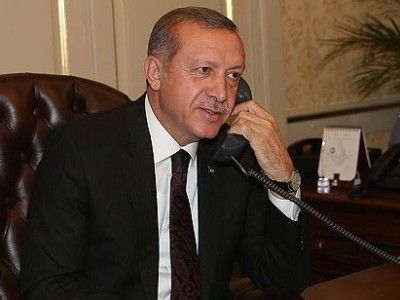 Erdogan and Trump Discussed the Situation in Syria

“During the conversation, bilateral issues were discussed, as well as regional topics, including recent events in Idlib. Our president… reaffirmed our country’s determination to cleanse Idlib from the forces of the regime [Of Syrian President Bashar al-Assad. – Ed.], dislodging them from those territories which are stipulated in the Sochi memorandum. Both leaders agreed to take additional steps in the near future to prevent a major humanitarian tragedy in Idlib,” the communiqué by the Erdogan administration says.

However, the statement does not specify what specific measures the presidents of the two countries spoke about.
Source: OREANDA-NEWS
Поделиться в соцсетях:
Подписаться на наши группы: Instagram | VK | Facebook | Twitter
Rate this article: