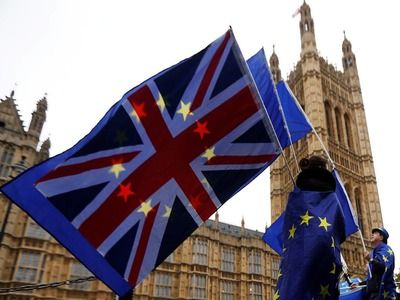 Interstate relationsInternational activitiesDiplomatic organizationsPolitics
OREANDA-NEWS. After more than two days of continuous negotiations, the EU and UK negotiators reached an agreement "on an additional protocol on Northern Ireland and a political declaration to complement the agreement on UK withdrawal from the EU". The head of the European Commission Jean-Claude Juncker wrote about this on Twitter on Thursday. “When there is political will, there will be an agreement, and we have it”, he added. Juncker added that he recommended the EU summit to approve this deal.

Earlier it was reported that Britain seeks to withdraw from the EU with such an agreement that will allow London in the future to conclude a free trade deal with Brussels. This was stated by the head of the British Ministry of Finance Sajid Javid, whose article was published on Thursday by a British newspaper. In accordance with EU standards, the final exit of Great Britain was supposed to happen on March 29, 2019. However, members of the House of Commons of the British Parliament three times rejected the draft agreement on the conditions of Brexit.