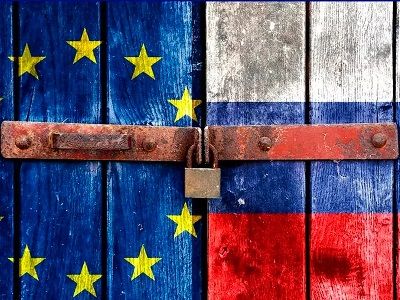 OREANDA-NEWS The European Union has extended individual sanctions against Russia. Sanctions related to the Ukrainian problems. This is stated in a press release published on the official website of the European Union.

The sanctions will be in effect until March 15, 2019. These include the freezing of assets and travel restrictions.

In Moscow, commenting on this step, noted that Russia has its own developing way.  The country will not pay attention to the sanctions.

In March 2014, the European Union imposed individual restrictions against Russians and Ukrainians, who are accused of "undermining the territorial integrity and sovereignty of Ukraine." Since then, they have been regularly extended for six months.

At the same time, the sanctions list was constantly expanded at the expense of Ukrainian citizens, leaders of the self-proclaimed Donetsk and Luhansk people's republics and representatives of the militia, as well as Russian politicians, public figures and legal entities. 155 people and 44 organizations fall under them. Sanctions include the freezing of assets and restrictions on movement around the world.

In addition to these sanctions, Russia is subject to economic restrictive measures against specific sectors of the economy (valid until January 31, 2019), as well as sanctions imposed after the annexation of the Crimea, which the European Union regards as annexation (valid until June 23, 2019).

Moscow, in turn, has repeatedly rejected accusations of interference in Ukraine's Affairs and stated that talking to it in the language of sanctions is counterproductive.

Until May, the sanctions list included 150 Russian citizens and representatives of the self-proclaimed Donetsk and Luhansk people's republics (DPR and LPR), as well as public organizations that operate in the DPR, LPR and Crimea. On May 14, the EU imposed sanctions against five more Russians who held positions in the election commissions of Crimea and Sevastopol