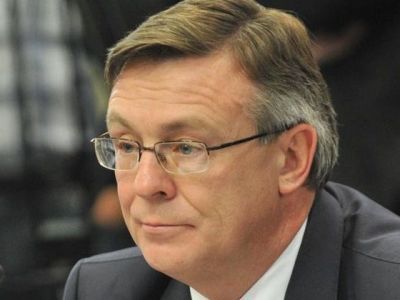 Ex-Foreign Minister of Ukraine Is Detained on Suspicion of Murder

OREANDA-NEWS. Ukrainian police detained former foreign minister of the country Leonid Kozhara on suspicion of the murder of businessman Sergey Staritsky. This was announced by Deputy Interior Minister Anton Herashchenko on his Facebook page.

Kozhara held a position of the Minister of Foreign Affairs of Ukraine from December 2012 to January 2014, during presidency of Viktor Yanukovych.

The corpse of Staritsky was found on February 22 in the house of Kozhara with a gunshot wound. Kozhara claimed that the entrepreneur committed suicide.

“Investigators and prosecutors checked the circumstances of the death of the former director of the Inter TV channel and came to the conclusion that he could not shoot himself,” Herashchenko wrote.