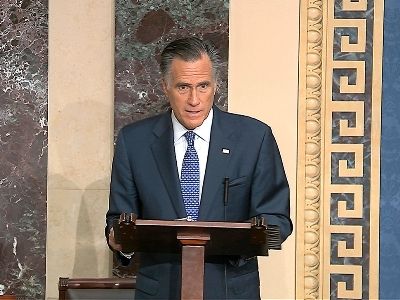 OREANDA-NEWS. US Senator from Utah State, Mitt Romney, who in 2012 ran for the US presidency from the Republican Party, said he would vote for the removal of Donald Trump in the Senate.

According to Bloomberg agency, the politician explained that he believes Trump is guilty of “abuse of the public trust.” “Corrupting an election to keep oneself in office is perhaps the most abusive and destructive violation of one’s oath of office that I can imagine,” Romney said.

However, the politician agreed that his vote is likely to decide nothing, and most senators would recognize Trump not guilty, since the Republicans have a majority in the upper house of the US Congress. “But irrespective of these things, with my vote, I will tell my children and their children that I did my duty to the best of my ability, believing that my country expected it of me,” the senator resumed.